Blank on Blank on transforms lost audio interviews with iconic figures into animated short films with PBS Digital Studios, and a podcast and radio series with PRX. Source: Blank on Blank Animated I…

Blank on Blank on transforms lost audio interviews with iconic figures into animated short films with PBS Digital Studios, and a podcast and radio series with PRX.

Always one of my favorite Melville stories.
Once upon a time, I accidentally stumbled across a screen adaptation with Crispin Glover as Bartleby. Run don’t walk

Below is an excerpt from the book Cubed, by Nikil Saval, as recommended by Longreads contributor Dana Snitzky.

I have known the inexorable sadness of pencils…

The torn coat sleeve to the table. The steel pen to the ink. Write! Write! Be it truth or fable. Words! Words! Clerks never think.

They labored in poorly lit, smoky single rooms, attached to merchants and lawyers, to insurance concerns and banks. They had sharp penmanship and bad eyes, extravagant clothes but shrunken, unused bodies, backs cramped from poor posture, fingers callused by constant writing. When they were not thin, angular, and sallow, they were ruddy and soft; their paunches sagged onto their thighs.

Friends don’t let friends hit the local hip-hop what put you to sleep!

Saw these guys at the Urban Lounge in SLC last night. Some seriously talented people hiding under unturned stones here.

SO HAPPY to find inspiration in that immediacy of self expression adrenaline in places I wasn’t even looking for it.

I hope these guys blow up. Seems inevitable to me. Love when SLC puts out something fresh when a lot of out of towners ask if Utah has electricity yet…

To help Salt City Curl Co celebrate our official opening. It was absolutely perfect and divine to see all of you precious people whom I hold dear in my heart.

Thank You ALL So Much!

It really could have looked much more like this…

Taken from Wikipedia. A fast jot for a before work affair…to be continued…

Kung fu/Kungfu or Gung fu/Gongfu (Listeni/ˌkʌŋˈfuː/ or /ˌkʊŋˈfuː/; 功夫, Pinyin: gōngfu) is a Chinese term referring to any study, learning, or practice that requires patience, energy, and time to complete, often used in the West to refer to Chinese martial arts. [1] It is only in the late twentieth century, that this term was used in relation to Chinese Martial Arts by the Chinese community.[2] The Oxford English Dictionary defines the term “Kung-fu” as “a primarily unarmed Chinese martial art resembling karate.”[3] This illustrates how the meaning of this term has been changed in English. The origin of this change can be attributed to the misunderstanding or mistranslation of the term through movie subtitles or dubbing.[2]

In its original meaning, kung fu can refer to any skill achieved through hard work and practice, not necessarily martial arts. The Chinese literal equivalent of “Chinese martial art” would be 中國武術 zhōngguó wǔshù.[4]

Originally, to practice kung fu did not just mean to practice Chinese martial arts. Instead, it referred to the process of one’s training – the strengthening of the body and the mind, the learning and the perfection of one’s skills – rather than to what was being trained. It refers to excellence achieved through long practice in any endeavor.[5] This meaning can be traced to classical writings, especially those of Neo-Confucianism, which emphasize the importance of effort in education.[6]

In the colloquial, one can say that a person’s kung fu is good in cooking, or that someone has kung fu in calligraphy; saying that a person possesses kung fu in an area implies skill in that area, which they have worked hard to develop. Someone with “bad kung fu” simply has not put enough time and effort into training, or seems to lack the motivation to do so. Kung fu is also a name used for the elaborate Fujian tea ceremony (kung fu cha).

The Present Left Behind

Summoning Phantasms from the Deep of Earth to Keep My Wits On Edge-Sharp! 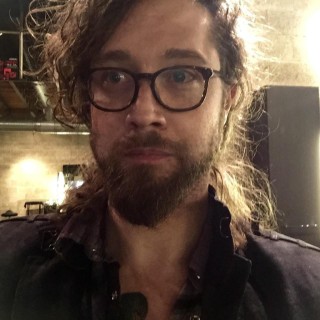